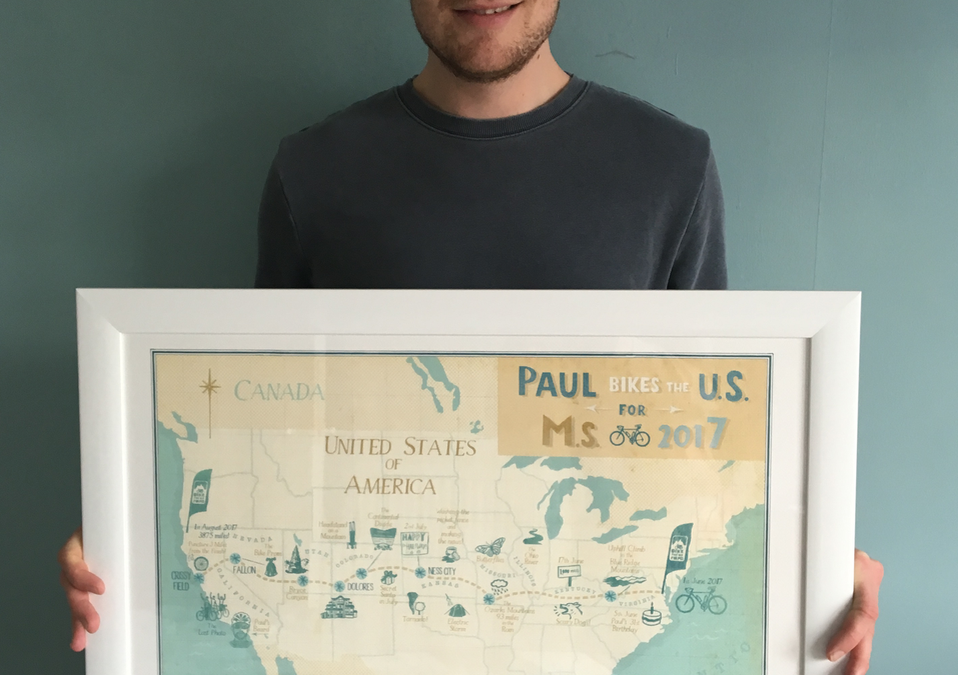 When Paul completed his epic bike ride in aid of a charity close to his heart from the East to West coast of America, little did he realise that his mum Jan was cooking up a plan to commemorate the achievement for him in a Map of Joy! 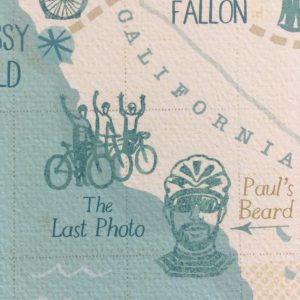 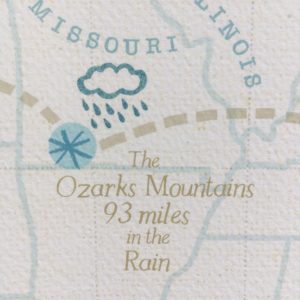 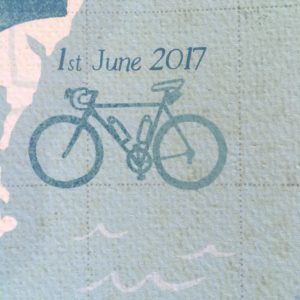 After she’d decided which colourway she wanted me to use (she went for “Coast” ~ rather apt!) Jan was able to send photographs for me to work from, including a shot of the beard Paul grew along the way, and the jubilant final photo of the whole team at the end of the ride. 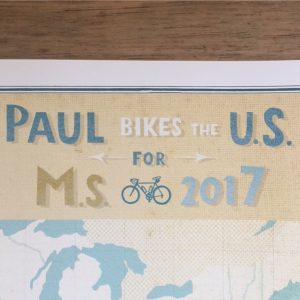 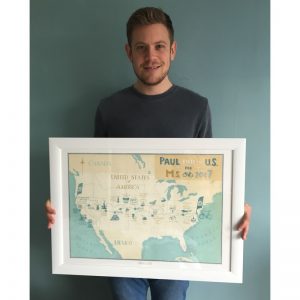 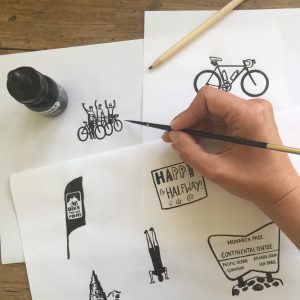 Jan told me she was over the moon with the final result and was very excited to present it to Paul. He was delighted with it and after hanging it in pride of place said “Being able to re-live the journey by looking at my map is amazing. Everybody loves it and it makes telling the story of the ride easier and more enjoyable. I think the map will ensure I never forget my adventure.”

This site uses Akismet to reduce spam. Learn how your comment data is processed.